Get the best Royal Ascot Tips and odds for June 2021. We have taken a look into at the Ante-post market of one of the most prestigious horse races. All best available Royal Ascot odds for ante-post betting will be listed here.

*Favourites and odds will be continuously updated during Royal Ascot 2021.*

Ante-post favourites for Royal Ascot 2021 will be added when they’re announced.

With Royal Ascot betting odds on offer in the months and weeks leading up to the event, you have the opportunity to bet on this prestigious race well in advance. Unlike the Cheltenham Festival and the Aintree Grand National the ante-post betting at Royal Ascot isn’t quite as popular all year round. You’ll need to wait until nearer to the event. In case you are not familiar with ante-post betting – this is when you can place a bet on a horse race well in advance of the race being run. 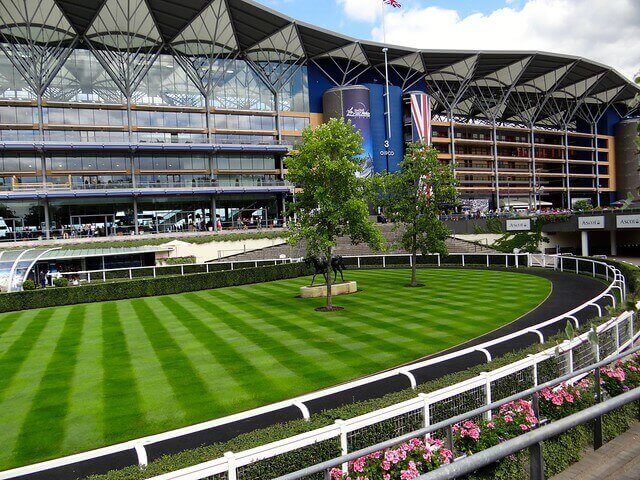 Photo by Phil Guest is licensed under CC BY-SA 2.0

Horses that have run in previous Royal Ascots are always a good place to start. Therefore, when it comes to looking for horses that will run well in the 2021 Royal Ascot horses with past history in the race often do well, in longer races. This was backed-up again in 2019 with the 2018 Ascot Gold Cup winner – Stradivarius. Here are our best Royal Ascot tips for 2021’s favourites at this early stage.

Ante-post favourites for Royal Ascot 2021 will be added when they’re announced.

Battaash is one of the fastest flat racing horses in the world and despite having never won at Royal Ascot was a firm favourite winning his crown in 2020. He was the runner Up of the King’s Stand takes  2018 & 2019.

One of the most curious horses in training, is devastating on his day but seems to need to dominate and is likely to prove best in small fields. The Prince Of Wales’s Stakes often provides just that and could be a good chance for him to land a British Group 1.

Winner of the hattrick 2018, 2019 and 2020 Royal Ascot Gold Cup. Stradivarius became the first back-to-back winner since Yeats who won from 2006-2009 and again in 2011. He is only 6 years-old in 2020, and remaining injury free going into the season, he nailed a famous hat-trick for one of the most famous flat races in Britain.

Favourite, Pierre Lapin, a thoroughbred horse from Ireland failed to impress. The three-year-old won both his starts for Roger Varian last term and has a great record so far though couldn’t stay the course in this outing or the Commonwealth Cup on Friday, 19th June.

What Are the Best Odds for Ascot Favourites in the Ante-Post Market?

Royal Ascot markets tend to pop up in no particular order across betting firms, with the race coming in the middle of the Flat season. Most firms offer betting on the King’s Stand Stakes, Gold Cup and Commonwealth Cup early on, as they are the firmest destinations.

You can find a good idea of the best odds in these races here. For any other races, it is advised to check out individual bookmaker sites.

What Are Odds on the Gold Cup?

The John Gosden-trained Stradivarius has dominated the staying scene for the last few years and has won the last two runnings of the Gold Cup. He is 4-7* for a third successive victory in the race. His main challenger this year is Technician, who is best on at 7-1*.

Stradivarius has already beaten most of the other contenders.

Royal Ascot tends to be run before the three-year-olds take on older horses and that will only be more marked at Royal Ascot 2021. A likely lack of foreign-trained sprinters will also add in a novel element. Historically, American and Australian sprinters have performed well, as have American-trained two-year-olds.

Aidan O’Brien tends to send his best early two-year-olds to the Coventry Stakes and it is not unheard of for that to include his best hopes for the following year’s 2,000 Guineas.

On the straight course, draw is all important, especially in big fields. Those tend to be handicaps and certain two-year-old races, which do not have an awful lot of ante-post betting.

Why is antepost advantageous for Royal Ascot Bets?

Antepost betting is advantageous as it allows punters to get odds they could not dream of on the day of a race, if they are willing to take an extra risk in advance.

There is a particular advantage to betting on big meetings, such as Royal Ascot, as in most cases the races there are a sure-fire destination for horses that are likely to be up to the right standard. All top stayers will run in the Gold Cup, all the best early two-year-olds will run at the meeting, and so on.

There is some risk attached to ante-post betting. Yes, you might get bigger odds betting so far in advance of the race, but should your horse fail to run in the race – you don’t get refunded as a non-runner and lose your money.

For example, as soon as the Aintree Grand National is run, there are many bookmakers that will price up certain horses for the following years’ race. However, these days the ante-post betting at Royal Ascot only gets more popular in the few months before the meeting in June. There are many reasons for this.

Flat horses tend to not have as long a career as jumpers – meaning that only a handful of horses come back year-after-year to run in races at Royal Ascot. The horses that run over the longer distance – like the Ascot Gold Cup – and the sprint distances tend to have longer careers than other flat horses and often come back year-after-year at Royal Ascot.

However, with a lot of 2 year-old races for young horses, it’s hard for the bookmakers to price up these contests – mainly because most of these horses won’t have run until a few months before.

If you fancy an early punt, these Ascot tips could help you pick a winner and if you feel your horse will improve through the season then it’s very likely the odds will get shorter nearer to the race. Remember, all odds are subject to change as when the race draws closer certain horses might not run, while others will head into Ascot in better form than others – both key factors that will make Ascot tips and betting odds for many of the runners change in the months and weeks leading up to the race.

The Epsom Derby and Oaks – which are both run in early June are big guides to certain races at Royal Ascot. These two English Classics are only open to 3 year-olds so we’ve a new batch of runners being targeted at these races each season.

Once the Derby and Oaks have been run, then many bookmakers will use the result of these races to price up Royal Ascot contests, while many horse racing pundits will now start to give out more and more Royal Ascot betting tips in the build-up to the meeting.

However, you are more likely to find Royal Ascot betting odds for these races in the few months before the meeting in June.

*Remember, all odds are subject to change.

How do I bet on Royal Ascot?

All bookmakers will be betting on Royal Ascot, as it is one of the biggest Flat meetings of the year. Until the week of the race, these markets will be found in the antepost section of any bookmaker or odds comparison site.

What horses are running at Royal Ascot?

The best horses from around the world tend to run at Royal Ascot. Occasionally, the British and Irish-trained runners tend to make plans later than international runners, whose intentions will tend to be known well in advance. Last year, Enable was an intended runner in the Prince Of Wales’s Stakes at the ante-post stage but was eventually saved for the Eclipse.

Do you get money back on antepost bets?

Generally not. The flipside for punters getting attractive prices on ante-post bets means that they would lose their money if their selection does not run. There are some exceptions to this, but generally if you bet more than 48 hours in advance of a race, stakes will not be refunded.

What does antepost betting mean?

It means betting before the final declarations stage, which adds greater uncertainty in terms of knowing the runners. Identifying likely runners is a big part of successful antepost betting.

What happens if you bet on a horse and it doesn’t run?

If you bet on a horse after the final declarations stage (10am two days before on British Flat races), you will get your stake back if it does not run. Prior to that, when antepost rules apply, you would not. Occasionally bookies offer non-runner no bet (NRNB), although these tend to come with less attractive odds.

Only if bets are placed after the final declarations stage or a market is explicitly stated to be NRNB.

What happens if a horse is withdrawn in an accumulator?

It is treated as a non-runner. As we have already discussed, what that means depends on whether the bet was struck antepost or not.